How Do Dogs Recognize People?

Fi Team
23 days ago • 3 min read
discover
The link has been copied!

Dogs share many unique abilities with humans, like forming tight social bonds and showing empathy for others in need. But what is perhaps one of the most fascinating is their ability to recognize people.

Anyone who's been around the same dog multiple times will know they're capable of differentiating between friendly and unfamiliar. But how do they manage to do this?

As their own species, dogs are inclined to view the world differently than the way humans do. While we share a lot of the same anatomical tools - like eyes, mouths, and ears - they're all slightly unique from one another in form and function. For example, a dog's eyes have more rods than ours do, allowing them to see better in the dark but less so in the daylight. And their sense of smell is up to 10,000 times more sensitive than ours!

Over the course of evolution, our brains have developed differently, too. The part of a dog's brain that is responsible for their sense of smell is significantly larger than ours, while the areas governing their sense of sight and hearing are smaller. This difference in brain development means that dogs process information differently than we do, which is why they're able to do things like follow our scent or hear frequencies we can't.

One area where humans and dogs differ the most is in how we recognize people. For humans, recognition is based primarily on sight. We rely on seeing someone's face to trigger our memories of who they are and what they mean to us. Dogs, on the other hand, use a combination of senses and instincts to identify people.

As we already mentioned, scent is one of a dog's most powerful abilities. It's so strong that it can identify and discern things we wouldn't be able to with just our eyes or ears. When a dog meets someone new, they'll often sniff them to get a better sense of who they are. This is because every person has their own unique scent, made up of the things they've been around (like the food they eat, the places they visit, etc.), as well as their own individual body chemistry. To a dog, this scent is like a fingerprint - it's how they tell one person apart from another.

Yes, dogs also use their ability to see when identifying people - but in a different way than we do. As humans, we are built to respond most to one another's faces, understanding the intricacies of facial expressions, lip-reading, and more. Dogs, on the other hand, are built to recognize people by their overall shape and movement. This is why your dog may not seem to care all that much about your face, but they'll always know it's you when they see you from across the room.

Another way dogs recognize people is by the sound of their voices. They can usually tell who's talking to them just by the pitch, tone, and inflection of our voices. This is why you may notice your dog reacting differently to you when you're using a happy or excited voice versus an angry or stern one.

While we may not walk on the same number of legs or communicate in the exact same way, there are a number of shared traits between humans and dogs. It's arguable that the ability to recognize each other is one of the best though - thanks to it we're able to connect and create a bond unlike anything else on this planet. 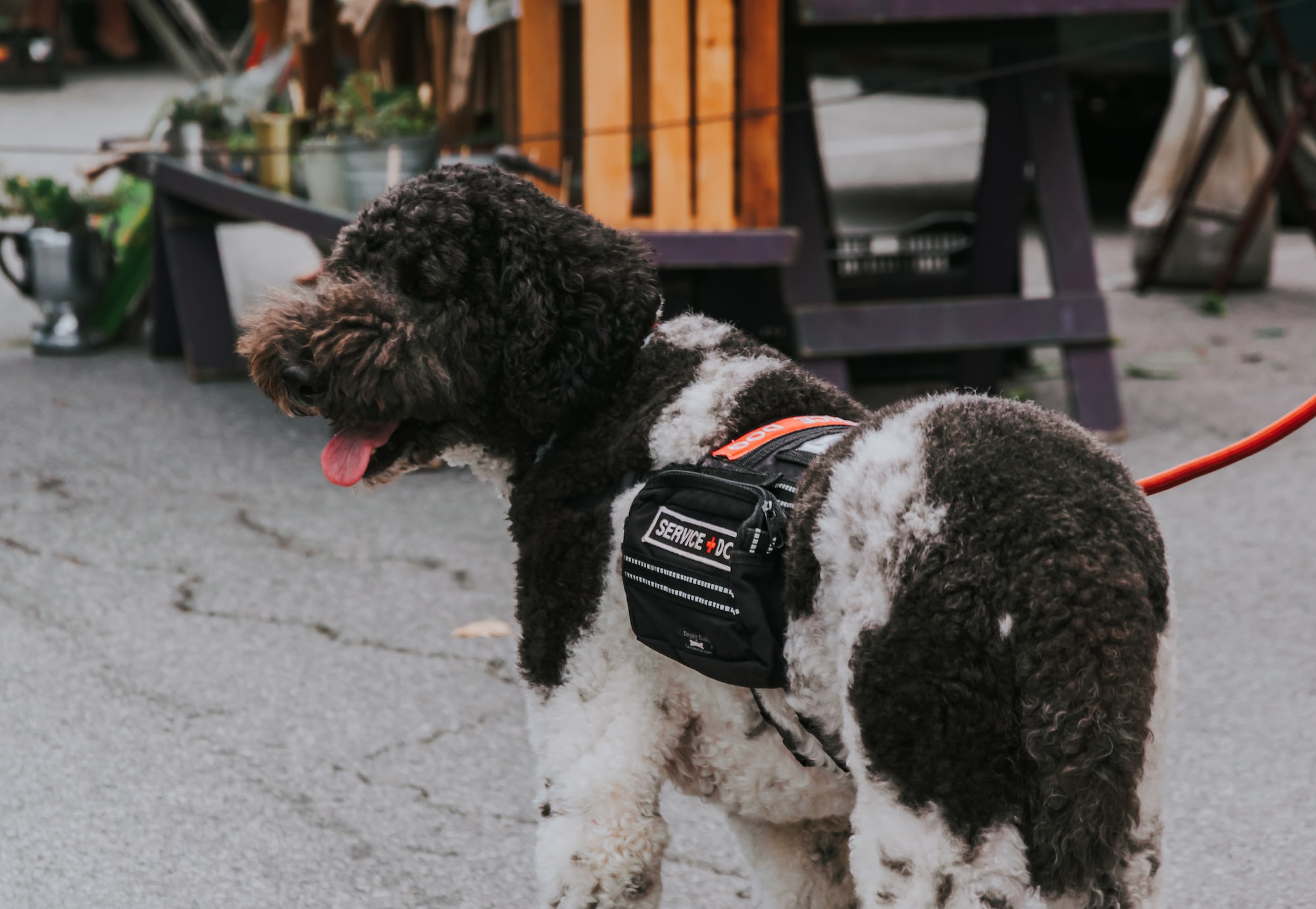 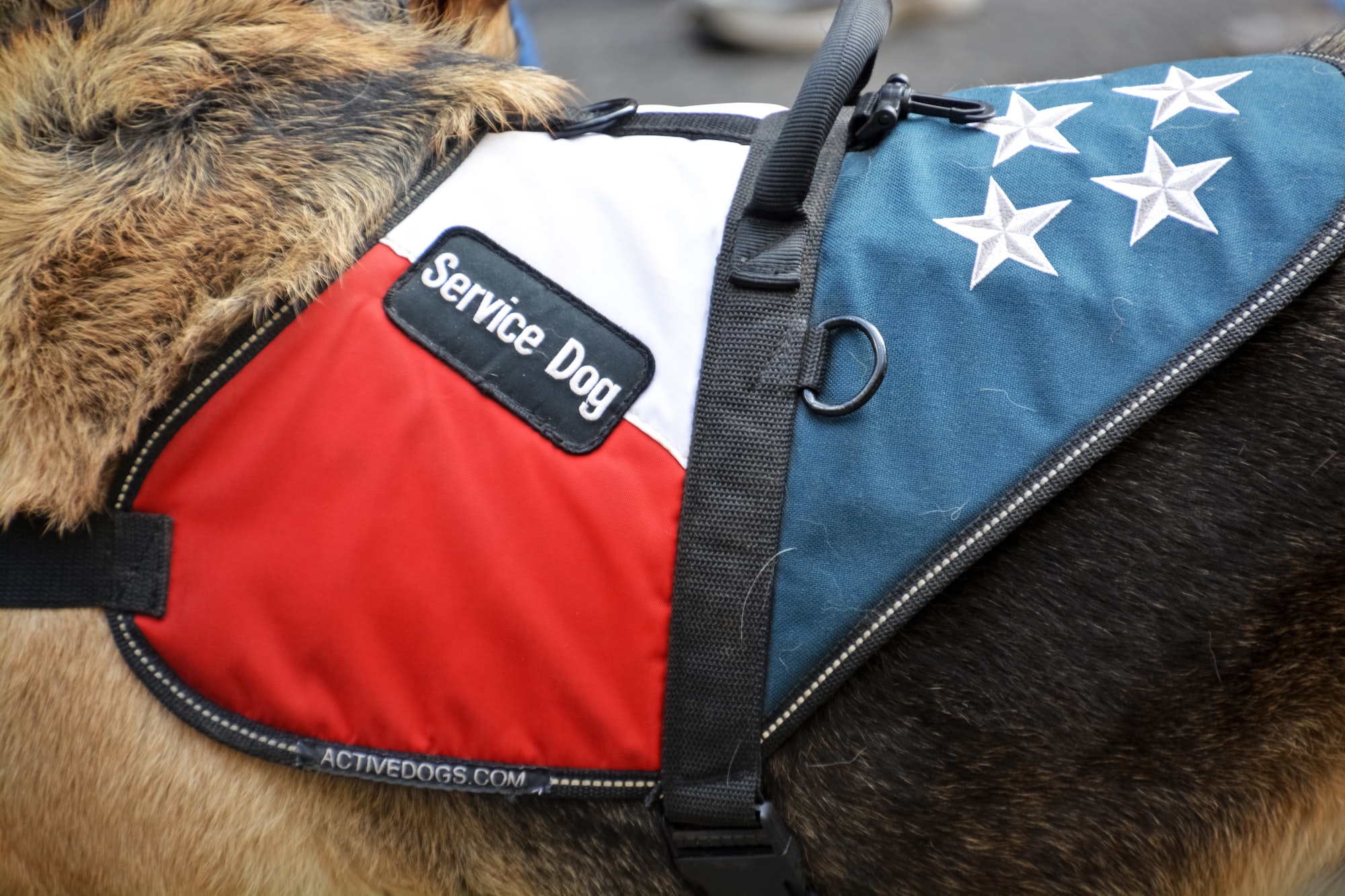 A Brief History on Service Dogs