What Is Reverse Sneezing In Dogs? Causes, Treatment and More

Fi Team
9 days ago • 7 min read
Fitness + Health
The link has been copied!

As a dog owner, you are probably used to your pet's usual sniffing and heavy breathing. But what happens when your dog suddenly makes weird wheezing or snorting sounds? This can be pretty alarming, especially if it's the first time.

You may think of calling the vet immediately, but after a few minutes, you realize that your pup is perfectly fine. In most cases, reverse sneezing in dogs isn't as dangerous as it looks, but you can still consult a professional. Here are more in-depth details about reverse sneezing, the causes, how to stop it, and the available treatment options.

What Is Reverse Sneezing in Dogs?

Reverse sneezing in dogs also called pharyngeal gag reflex or paroxysmal respiration is a condition where a pup rapidly pulls air through the nose. Generally, this condition is a result of an inflammation or irritation of the pharyngeal, sinus, or nasal passages. Dogs may reverse sneeze while trying to remove foreign particles from the upper airways. In other cases, a dog may experience this phenomenon during periods of over-excitement.

Reverse Sneezing in Dogs: What Causes It?

There is no outright cause that leads to reverse sneezing in pups. Also, some causes of reverse sneezing seem out of control. For instance, if your pup has a short muzzle, a sudden temperature change may lead to this condition.

Your four-legged furry friend can reverse sneeze to eliminate an irritant at the back of their throat, just like normal sneezing or coughing. When common particles reach the sensitive tissues in your pup's nose or mouth, they may trigger reverse sneezing. This phenomenon happens as a way to repel the irritating material.

One of the most common causes of reverse sneezing in dogs is allergies. In case you've noticed a seasonal trend in your pup's reverse sneezing, they may be allergic to certain things in their environment, like pollen. Allergies are also linked to a dog's diet, such as white fish, chicken, a grain in their meals, or another ingredient they often consume.

Common triggers that may lead to reverse sneezing:

Figuring out the main cause of reverse sneezing in your dog can be an uphill task. You can try changing their diet or using certain ingredients when preparing meals to see if that solves the problem. If your dog won't stop sneezing, reduce the chemical use in your indoor space to see if it makes a difference. Other home remedies you can use include a diffuser, a humidifier, and cleaning to eliminate dusty spots.

When dogs reverse sneeze, they usually stand still, extend their neck and head, and then make a wheezing, honking, or snorting sound. Also, a pup's eyes bulge and they turn out their elbows to brace their bodies from the sneezing force. You may also notice your dog's chest expanding during a reverse sneeze as they try to pull as much oxygen as possible into their lungs.

Seeing how your pup's body reacts and hearing them reverse sneeze can be a scary experience. You may confuse the sound with choking, but despite the reaction, reverse sneezing is harmless. In fact, your dog will appear normal and won't collapse or lose consciousness after a few minutes.

How Long Do Episodes of Reverse Sneezing Last?

A reverse sneezing episode in dogs can last about 30 seconds to a minute. Usually, these episodes happen about once or twice a day. It's very rare to have a dog experience reverse sneezing more than twice in 24 hours. In case your pup has more frequent episodes or one that is more than a minute long, you need to visit the vet.

Which Breeds Are Most Likely to Reverse Sneeze?

Reverse sneezing can affect any dog, regardless of breed, sex, or age. In fact, this strange event shouldn't be a surprise if your pup has an episode. However, since dogs have different biological structures, some are more susceptible to irritation on their soft palates than others.

Below are some common breeds prone to reverse sneezing:

Breeds like pugs have short muzzles and an elongated soft palate. The soft palate may be too long for their mouth as they breathe. As a result, they may suck the palate into their throat, leading to reverse sneezing.

What Is the Treatment for Reverse Sneezing in Dogs?

Typically, reverse sneezing in dogs doesn't require treatment or medication, especially when it doesn't happen frequently. The condition can resolve on its own without any intervention. But if your dog has frequent or severe episodes, you can seek professional help from a veterinarian.

Vets may recommend a treatment method based on the underlying condition. Antihistamines are some of the most recommended for pups with allergic reactions or severe symptoms. Other common medications include guaifenesin, steroids, corticosteroids, and anti-inflammatories.

How to Stop a Reverse Sneezing Episodes in Dogs

The sound of your pup snorting, honking, or gagging is one that you wouldn't want to hear. Since it can happen to any dog, learning how to stop a reverse sneezing episode can go a long way toward helping your pet. There are a few tricks that many dog owners have found to be effective in easing their pups through these scary episodes.

Once you notice your pet's eyes bulging and other bodily changes, you need to stay calm. Remember, your dog is anxious and stressed, so you don't want them to freak out. You can help your pet overcome anxiety by shifting focus to enrichment activities and toys.

Using your fingertips, massage your pup's throat to make them swallow whatever irritates them and stop the reverse sneezing episode. While at it, gently keep lifting your pet's head up and down until the episode stops. You can also keep distracting them with treats, toys, or food.

Prevention of Reverse Sneezing in Dogs

If your dog has reverse sneezing episodes due to overexcitement, try keeping them calm and relaxed. Don't use scented products in or around your home for dogs that may get triggered by strong odors. Remember to clean or replace the air filter in your heating or cooling system to prevent dust and other allergens from circulating in your space. Plus, avoid smoking or using air fresheners, candles, and other items that may produce particulate matter in your home.

If your dog experiences reverse sneezing episodes after pulling your hand off while on the leash, try adjusting the collar. You can also walk your pet in areas with a short, flat lead to prevent them from inhaling allergens. Remember to keep your pup's bedding clean and vacuum the area around the bed to eliminate any bacteria, dust, and dirt particles.

How Do I Get My Dog to Stop Reverse Sneezing?

There is no better way to give back to a man's best friend than by helping them when they have a problem. Reverse sneezing is undoubtedly one of the situations that many dog owners would want to help with.

A common solution that many owners have found helpful is to cover a dog's nostril briefly and then let them grasp for breath. This should encourage your pet to swallow so that the irritant that caused the episode can clear out. You can massage their throat slightly to calm them and help clear the irritation.

Another effective trick is blowing on your dog's face to make them swallow a few times. Alternatively, you can take them outside in a cool area with a fresh breeze to stop the spasm associated with reverse sneezing. While at it, try to calm them down verbally and assure them that all is well.

Can Reverse Sneezing Kill a Dog?

For most pups, there are no severe repercussions of reverse sneezing. In fact, almost every dog has an episode at some point in their life, and they just shake it off and return to other activities. However, a veterinarian should determine the right remedy if your pet has recurring cases of reverse sneezing.

Also, look out for symptoms such as lethargy, blue gums, frequent coughing, labored breathing, and lack of interest in playing. If your dog displays one of these symptoms while still having reverse sneezing episodes, call the vet for some examinations.

When Should I Worry About Reverse Sneezing in Dogs?

In most cases, dogs will clear out the bothersome irritant on their own. Some may even experience this phenomenon for the rest of their lives without causing any major issues. However, if your pup has prolonged episodes, the reverse sneezing worsens, or increases in frequency, you should consider seeking veterinary aid. In some rare cases, an anatomical malformation or foreign mass may interfere with the dog's normal breathing.

Note that some respiratory issues can become chronic or life-threatening if not addressed quickly. Also, unusual respiratory sounds often indicate a problem with your dog.

Naturally, pups love to sniff almost anything that crosses their path. As a result, something can easily get stuck in their throat, causing irritation.

Reverse sneezing is common among dogs of all ages and breeds. In case your dog makes a scary sound during reverse sneezing episodes, you now know the causes and how you can stop it. Remember to take your pup to the vet if they experience episodes lasting more than a minute or frequent sneezing.

Paws for Thought: Understanding the Anatomy of a Dog's Foot 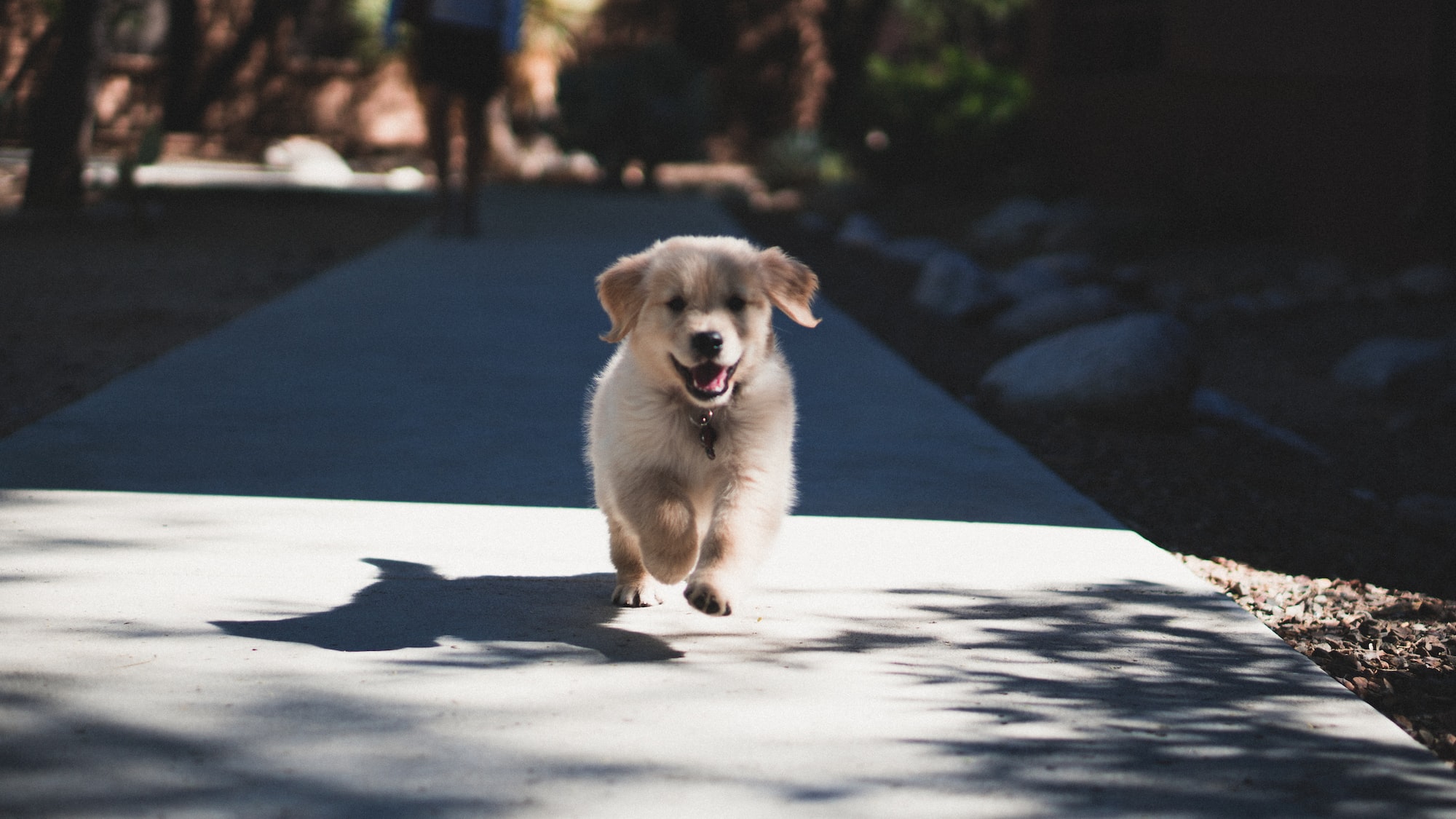 How To Brush a Dog's Teeth: Puppy Teeth Edition