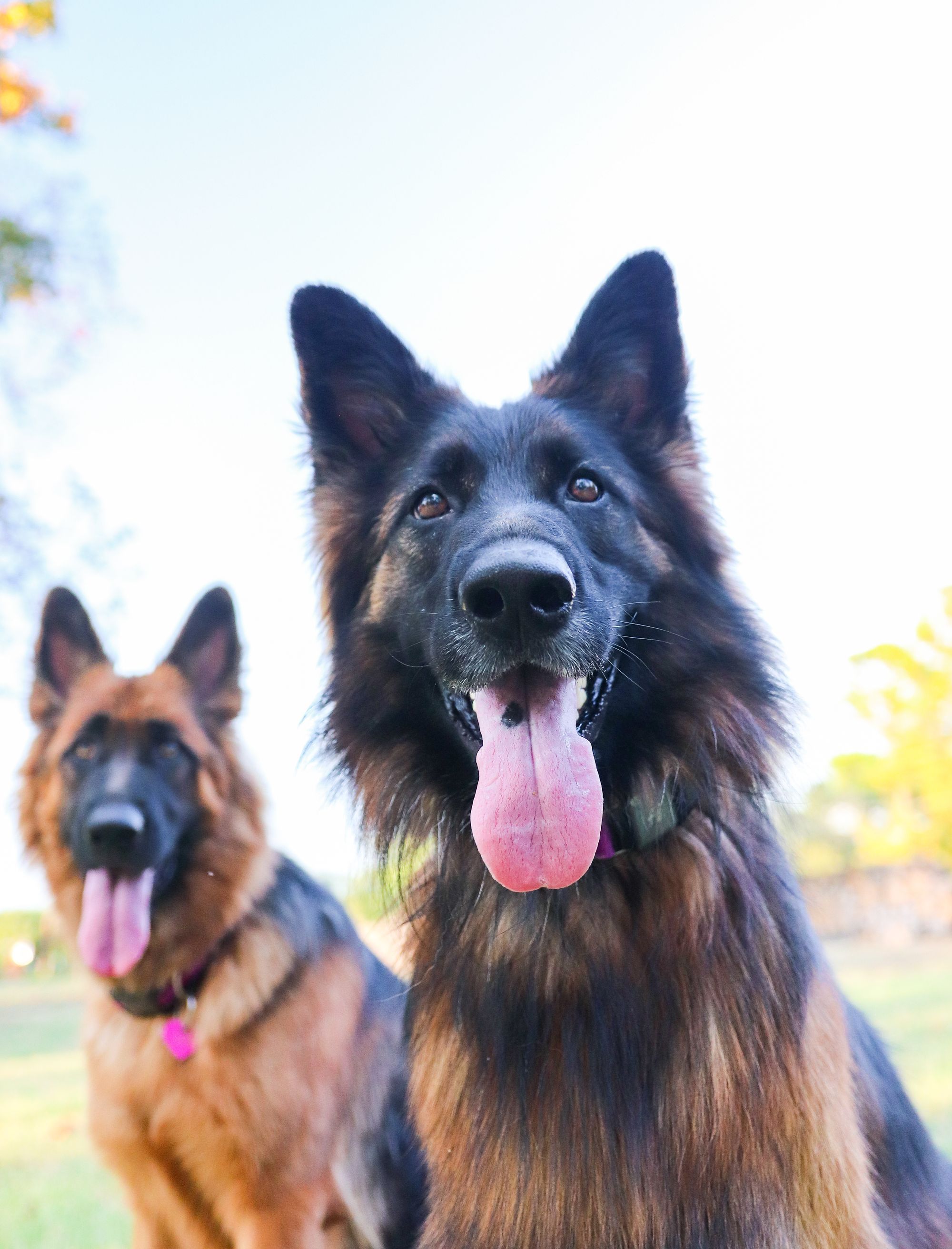 When Do German Shepherds Stop Growing?

Fi Team
2 years ago • 3 min read
The link has been copied!

Confident, Courageous, and Smart. These dogs descend from the german herding dogs that varied in type from district to district in the late 19th century. In the late 1800's a German cavalry officer set out to develop the ideal German herding dog, and grossed several varieties to create today's GSD. German Shepherds became popular in the US in the early 1900's, partially due to their performance in Hollywood with stars like Rin-tin-tin. Suffering a bit from anti-german sentiment after the world wars, today the breed is the preferred dog for policy and military units across the world.

German Shepherds rank 2 out of 197 breeds recognized by the AKC in terms of popularity. They stand 24-26 inches tall for males, and 22-24 inches tall for females. Males weight in at 65-90 lbs and females 50-70 lbs. Their life expectancy is 12-14 years, and they belong to the Herding Group.

The breed standard according to the AKC:

The first impression of a good German Shepherd Dog is that of a strong, agile, well muscled animal, alert and full of life. It is well balanced, with harmonious development of the forequarter and hindquarter. The dog is longer than tall, deep-bodied, and presents an outline of smooth curves rather than angles. It looks substantial and not spindly, giving the impression, both at rest and in motion, of muscular fitness and nimbleness without any look of clumsiness or soft living. The ideal dog is stamped with a look of quality and nobility – difficult to define, but unmistakable when present. Secondary sex characteristics are strongly marked, and every animal gives a definite impression of masculinity or femininity, according to its sex.

When Do German Shepherds Stop Growing?

How Big Do German Shepherds Get?

How To Tell How Big Your Dog Will Get:

There are a couple ways to tell how big your German Shepherd puppy will get:

First, you can look at their paw size! A good rule of a thumb is if your puppy looks like they have huge feet compared to the typical paw to body/leg ratio, they still have a lot of growing to do! This isn't an exact science, but can help give you an idea if they'll be on the larger or smaller size of their breed average, and if they've fully matured yet or not.

If you adopted your German Shepherd through a breeder, you can also gauge how big your puppy will get by looking at their parents! Ask your breeder how big they expect your puppy to get - they'll have a pretty good idea based on the parents size and their past litters. Typically, puppies do not grow to be bigger than their parents.

Have more questions about German Shepherds? Check out more about how long they live, if they shed, and the best collars for their breed!