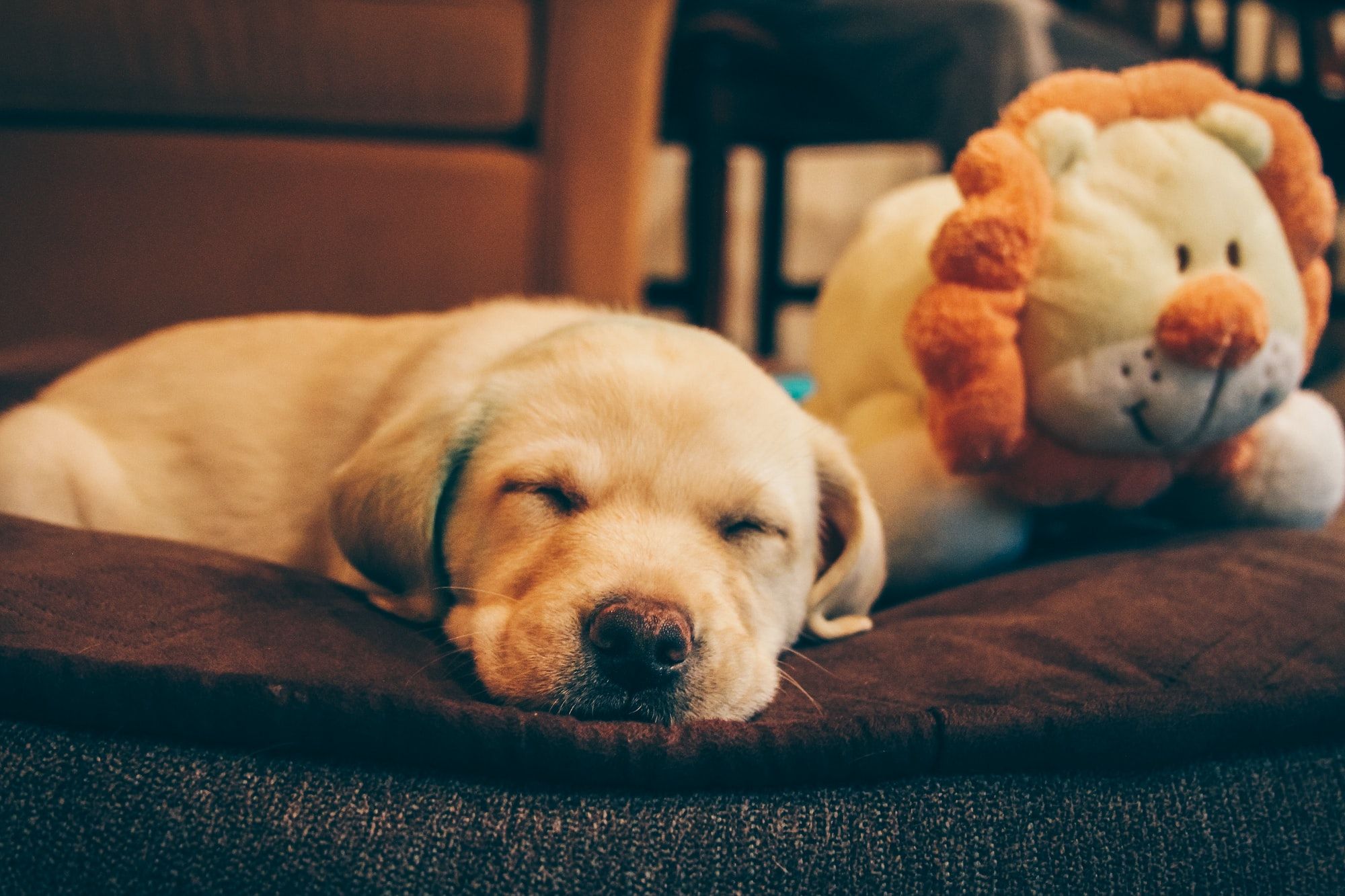 Why Do Dogs Snore?

Fi Team
a year ago • 2 min read
The link has been copied!

At some point, you've probably gone to bed only to wake up to the loud snoring coming from your dog. We all snore sometimes, but why exactly do dogs snore? We found the answer!

According to Pet MD, "Just like with humans, snoring in dogs generally occurs when air movement is restricted in the nasal passageways or throat." In simpler terms, it's the sound of air entering and leaving our noses when there's a restriction or blockage! Fortunately for human snorers, there are a lot of remedies to reduce snoring, but with dogs it's something you'll probably just have to live with!

Is It Normal For Dogs To Snore?

Generally speaking, snoring is very normal! Just like in people, some snore and some don't. It could be caused by their breed's head/nose shape, or just because they're in a deep sleep!  But if you suddenly notice snoring, it could be caused by a variety of other issues, including:

If the snoring occurs abruptly, schedule a visit to your vet to make sure there isn't a more serious underlying issue. Since your vet can't assess the snore when they're awake in the exam room, take a video of your dog when it does happen so they can take a listen during the appointment.

How To Stop Snoring In Dogs:

There are a couple of tricks you can try to alleviate some of that nightly snoring:

Snoring can be triggered by breathing in dry air. If you notice your home is feeling a little dry in the winter, try running a humidifier before bed. The extra steam should help to alleviate that dry air and hopefully stop the snore!

Give Your Dog A Pillow

Snoring can also be triggered if your dog's head and neck are positioned in a way that blocks some of the air from easily traveling through their nose and throat. Giving them a pillow to prop their head up on may help open up those passages and allow for maximum air flow!

Breeds That Are Predisposed To Snoring:

If you're an especially light sleeper and don't want a dog that's going to snore all night, then these breeds are not for you:

Most of these breeds are brachycephalic dogs - meaning that they have a diseased upper respiratory system caused by shortened snout. Since dogs should naturally have long snouts, a shortened nose/snout can causes various breathing issues, including chronic snoring.