Fi Team
a year ago • 5 min read
A Day In The Life...Lifestyle
The link has been copied!

You probably can read your pup just as well as he can figure out what’s going on with you. You undoubtedly have a good idea of what’s going on in his mind when you walk in the door after coming home from work. You may wonder, do dogs cry? Do dogs cry tears? How much do they feel? Learning the answer can take your relationship to the next level.

Dogs, like humans, have tear ducts that produce tears to lubricate and protect the eyes. However, it is not entirely clear if dogs can produce tears as a response to emotions such as sadness. Some experts believe that dogs may produce tears as a physical response to certain stimuli, such as irritation in the eyes or a blocked tear duct. These tears are referred to as reflex tears. On the other hand, others believe that dogs may be capable of producing emotional tears, which would be a sign of true sadness or distress.

There have been anecdotal reports of dogs producing tears in response to emotional situations, such as the loss of a companion or being separated from their owner. However, more research is needed to understand the true nature of dog tears and whether or not they can truly shed "sad tears."

In any case, it is important to note that crying is not the only way dogs express their emotions, and that dogs may express sadness through other means such as changes in behavior or body language. So, it is essential to pay attention to your dog's overall behavior and not just focus on tears as the only indicator of sadness.

If you think your pup can read your mind, you’re probably right. Research has confirmed that dogs can differentiate between negative and positive emotions. When you come home upset because of something that happened at work, your pet knows it. No longer is this assertion an anecdote. Science knows it is true, with studies revealing concrete evidence to support it.

However, that doesn’t mean that dogs are on a par with humans. Researchers estimate that the emotional maturity of canines is between 2–2 ½ years. Think of the range of emotions of a toddler. They understand the main feelings of sadness, anger, and happiness. However, they’re not capable of complex emotions. That can help you put this question in perspective. But does that mean dogs can cry?

As it turns out, scientists believe that only humans can shed tears. Nonetheless, we can delve a little further based on the unique relationship people have with dogs that are unlike any other. After all, canines were the first domesticated animal, with it occurring possibly up to 19,000 years ago. Could it be that dogs evolved to cry because of our close relationship with them?

Humans and dogs share more than a bond. They also share up to 84 percent of our DNA. Because of that fact, we both get some of the same diseases and health conditions, such as cataracts. But that 16-percent difference is significant. After all, humans also have 98.8 percent of their DNA in common with chimpanzees and bonobos, with striking variations.

What we do know on the emotional front is that dogs and humans both have the hormone oxytocin. It is responsible for romantic love and parental bonding with their offspring. If you think your pup loves you, you’re probably right. However, having the same feelings is a long way from expressing them the same way. Where do canines stack up on the crying question?

The Human and Canine Brain

Further research has shown that human and canine brains are similar, too. We use similar brain areas to process voices. However, dogs also respond more to noises than people. That makes sense, given its evolutionary history and place in the food web. Being alert to sounds in their environment gives them an adaptive edge for avoiding predation and other threats.

These findings also identified an emotional factor. It wasn’t just the voices or sounds that dogs reacted to. They also responded to the emotions associated with them. That suggests that canines may recognize crying when they hear it. That may explain the anecdotal evidence that your pet may know when you are sad and need comforting.

It makes sense, given our long and close relationship since domestication. After thousands of years, dogs have certainly picked up a few things about their human companions, including their emotions. From the canine perspective, we also need to consider if dogs are physically capable of crying. Dogs have tear ducts and can produce tears. However, that’s about as far as we can go.

Unfortunately, we’ve hit a brick wall when it comes to confirming if canines can cry. The fact remains that they can’t cry as we do. Our pets can feel sadness and respond to us when we express these feelings. However, they don’t have the same emotional release as we do. Scientists don’t even know why humans cry. Perhaps, the answer lies with language and our ability to communicate.

Other Causes of Tears

That’s not to say that your pup cannot produce tears, albeit without the feelings behind it. Instead, they will get weepy eyes for many of the same reasons that we do, with minor irritations topping the list. If you get dust or grit in your eye, you’ll likely shed a tear or two. It’s an instinctive reaction to get rid of the irritant and prevent injury by trying to get rid of it before it’s too late.

Other reasons can explain the tears you may notice in your pup’s eyes. Eye infections, colds, and a scratched cornea will show similar symptoms. The reason is often the same, although with a different cause for the reaction. You may notice your pup trying to scratch his face if he has a scratched cornea. The injury may swell, causing your pet to react to it the same as if it were a speck of dust.

The takeaway message is that it’s worth a vet visit if your dog is tearing up a lot, especially if there is an opaque discharge. Eye conditions are often easy to treat as long as they’re caught early. Keeping the hair around your pup’s eyes can help prevent irritation. However, don’t cut his eyelashes, which are your pet’s first defense against debris.

You may find it comforting to know that your canine best friend shares your emotions, even if he can’t express them the same way you can. It’s safe to say that your pet knows when you’re sad. Your pup can also show his feelings when something has upset him. However, he’s more likely to reveal what’s going on in his mind through vocalizing and body posture. If you look closely, you’ll know the story. 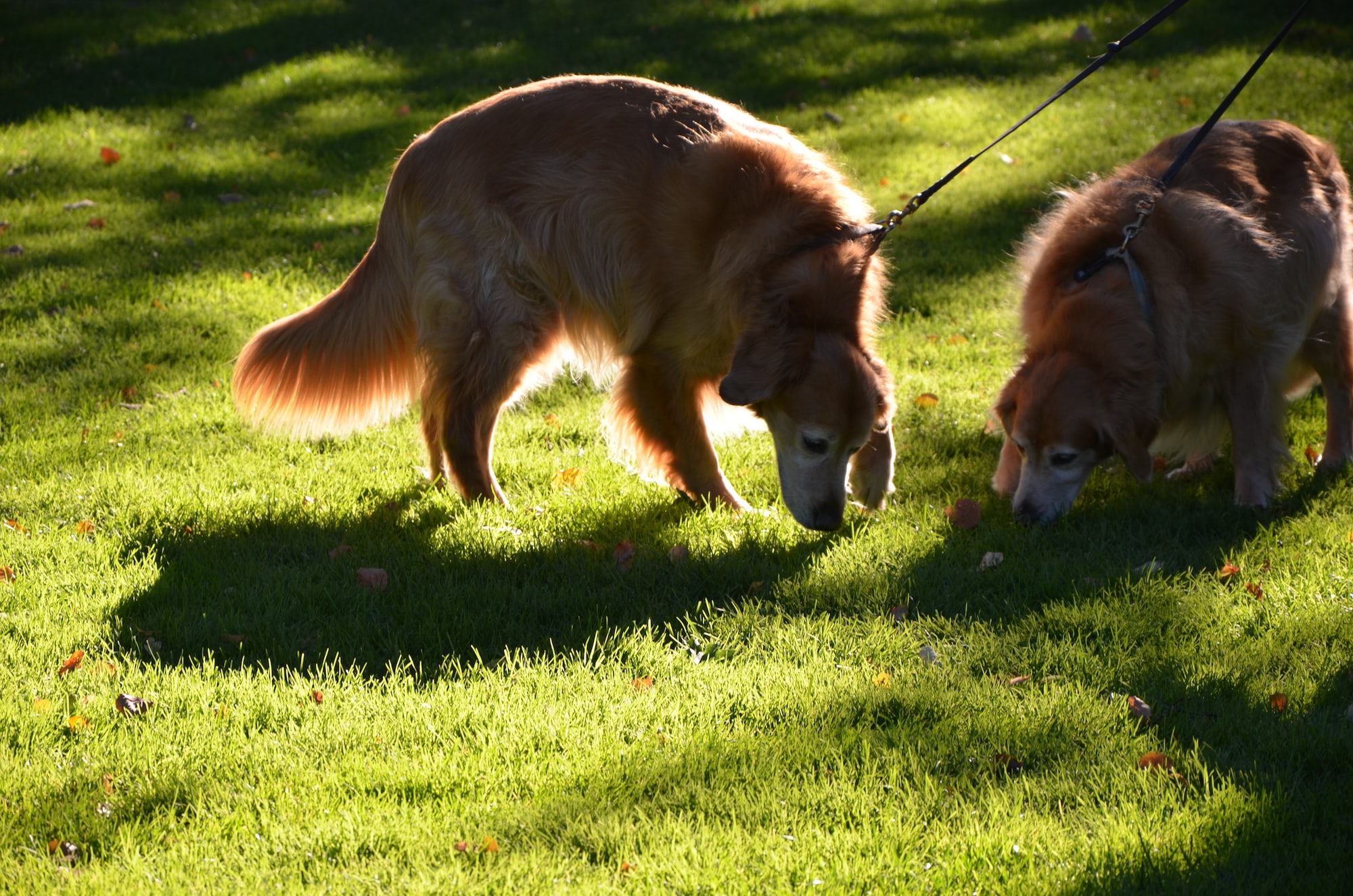