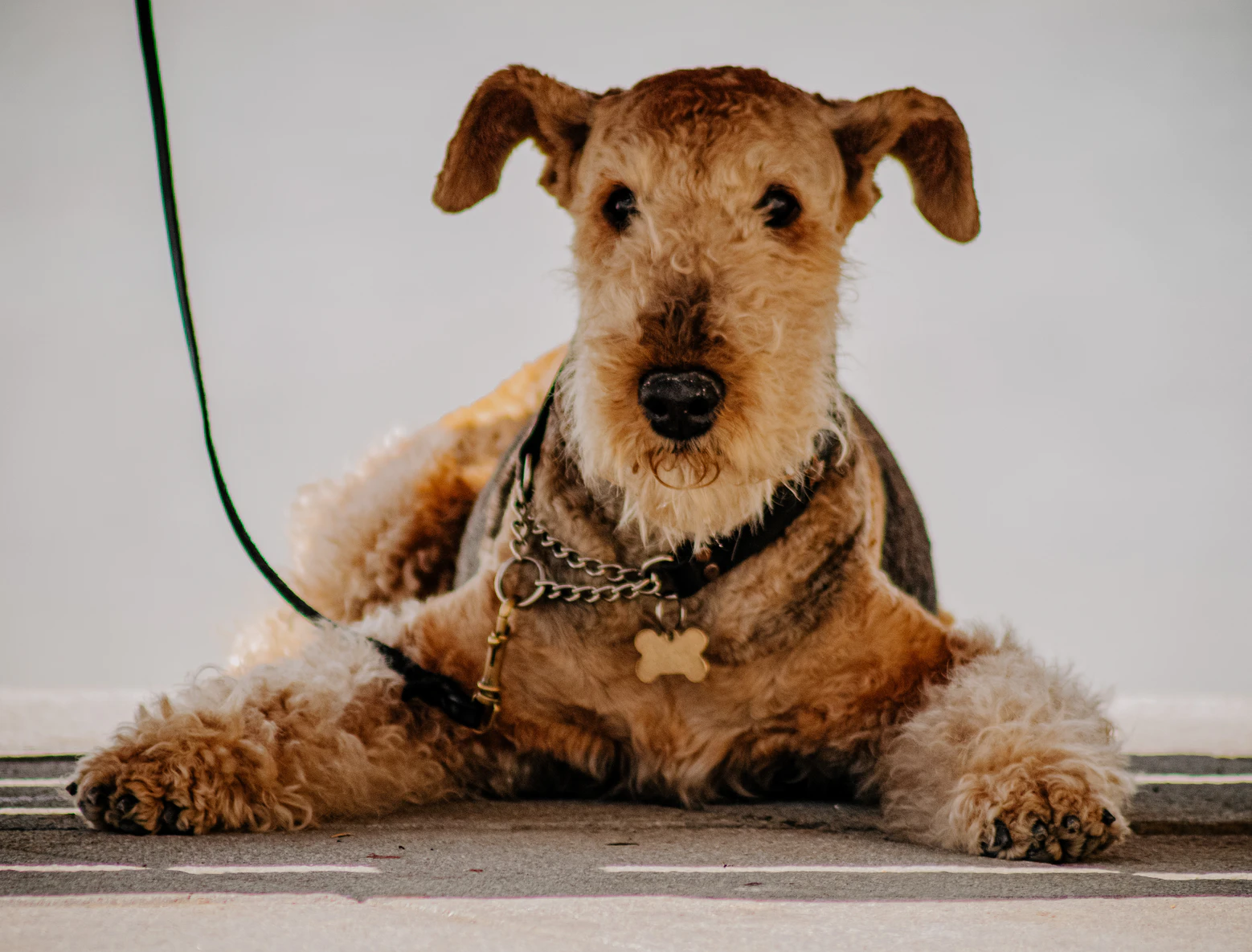 Check Out Our List Of The Top English Dog Breeds.

Fi Team
2 years ago • 5 min read
The link has been copied!

The home of Big Ben, Queen Elizabeth II and Fish and Chips, England is also well known for its many dog breeds that have originated there. From English Sheepdogs to Cavalier King Charles Spaniels, we cover all the most important English dog breeds in this article!

One of the biggest terrier breeds, that has led to names such as the ‘King of Terriers’, the Airedale Terrier originated from the valley of the River Aire, in northern England’s Yorkshire region. Airedale Terriers are large, wiry-haired dogs that were originally bred to serve as hunting and war dogs in England.

Originally bred in England in the 1800s, Beagles have actually experienced more popularity in North America in recent decades than in their originating country. Known for their incredible scent and intelligent manor, over the years these dogs have primarily been used for hunting and tracking. Knowledge of their origination has been aided by appearances in writings, text and art since the Elizabethan era.

Created at the start of the 19th century in England from cross-breeding between English Bulldogs and English Terriers, Bull Terriers were originally used for sport. Gaining popularity over the years, this breed continued to be bred to create other mixes all the way into the 20th century. Not recommended for new pup parents, these dogs can be tough to train unless you know what you’re doing!

Another breed that originated in England, the Cavalier King Charles Spaniel was named after Charles II, who became king in the mid-1600s. A well known dog breeder, pictures with him and from his time atop of the throne with these Spaniels. On the shorter side for a spaniel, these dogs are devoted, social and adaptable to most living situations. Ideal partners if you have kids or infants too!

Perhaps the most famous of these English dog breeds, bulldogs were first mentioned in English literature in the early 17th century. These staunch and muscular companions have developed a reputation as somewhat of a national icon to England. This is partly due to their distinct look as well as their courageous character traits.

Known for their long, curly-haired ears, Cocker Spaniels also originated from England. This breed is very affectionate and kind-hearted, but also dependent, meaning that they will likely latch onto an individual in your family and never want to leave their side. Some will like this and some won’t so it’s worth bearing in mind if it’s correct for you and your personal living situation.

Closely related to the English Cocker Spaniels that we just talked about, the English Springer Spaniels descended from the middle of England in the 1800s, when Spaniel breeding was at its height. They were initially bred and used primarily for hunting game in England thanks to their size and fantastic sense of smell.

First captured on camera in the mid 19th century, it wasn’t until the late 19th century that these became a household breed in England. They are now one of the most popular breeds to have as pets in the country, and this is no doubt down to their well-natured and social reputation with humans. This includes being around children, which has made them a perfect accompanying companion for families all over the world.

One of the earliest herding dogs seen in England, Old English Sheepdogs have been around for hundreds of years. Large in size and with long fur to match, it is innate for these dogs to want to herd, even without training. Due to their herding nature, rural settings are best suited for their lifestyle.

As their name suggests, Staffordshire Bull Terriers originated from the county of Staffordshire, in the English Midlands. Similarly to most Bull Terriers, these dogs were originally bred decades ago for sport. However, after those activities became criminalized, they have gained recognition as loving family pets and kind-hearted companions.

Last but by no means least, Yorkshire Terriers, like their Terrier counterparts, Airedale Terriers, also originated from Yorkshire, in the north of England. They are the smallest breed on this list, but don’t let that fool you, as they have the spunky attitude of a dog ten times their size! Perfect for city living, Yorkshire Terriers are also known not to shed unless brushed.

English dog breeds are a diverse group of breeds that have been developed over centuries for various purposes. From hunting and herding, to companionship and showing, these breeds have played an important role in English history and culture. With their distinctive characteristics, personalities, and abilities, English dog breeds are beloved by many dog enthusiasts around the world.

Whether you're looking for a loyal companion, a working dog, or a show dog, there is an English breed that will suit your needs and lifestyle. It's important to research and consider the specific needs of each breed before bringing one into your home, so you can be sure that you will have a happy and healthy companion.