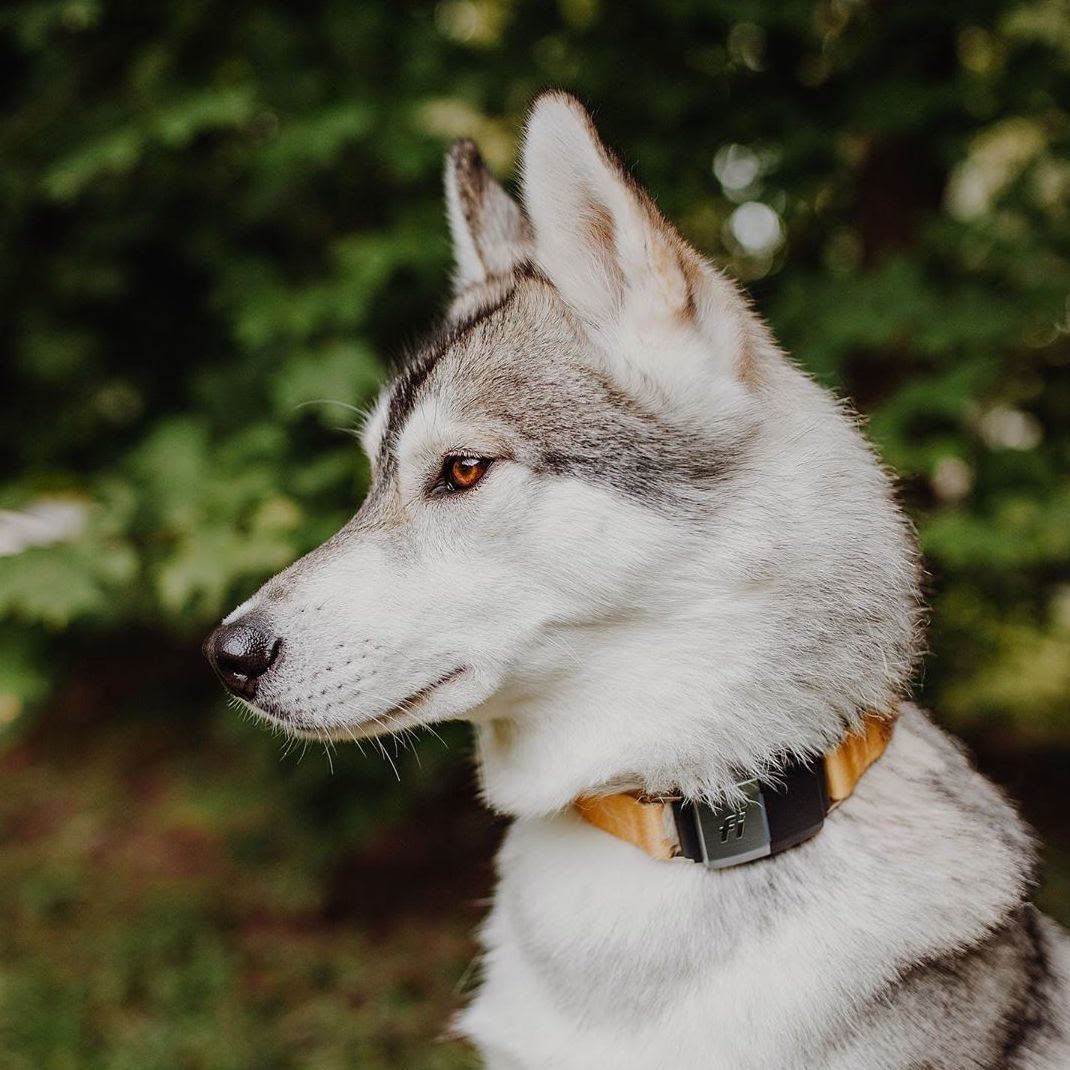 Fi Team
2 years ago • 3 min read
Breeds
The link has been copied!

Maybe you’re a huge fan of the 311 song or you just like the unique, warm honey color that is amber. No matter the reason, if you are looking for dog breeds with amber eyes, you’re in luck. According to doggenetics.co, all dogs with liver (brown), isabella (lilac), and blue fur have amber eyes. It is an incredibly common eye color for dogs.

The caramel-colored Rhodesian Ridgeback is supposed to have eyes that match the color of its nose according to Ridgeback-focused site ambernose.com. These dogs are known for the ridge, or backwards-growing line, of hair that runs along their spine. Per the American Kennel Club, this native African dog was known for tracking and cornering lions, yielding an athletic and protective pet with a strong prey drive.

The Weimaraner is a majestic silvery-gray dog with piercing light eyes. Also known as “The Silver Ghost” or “The Grey Ghost,” it stands up to 2.25 feet tall. The AKC describes the Weimaraner as “a picture of streamlined grace and balance.” This elegant dog is also incredibly loving and yearns to be an integral member of the family.

Dogbreedsfaq.com describes how many blue-eyed pups grow up to be brown-eyed dogs as the production of melanin ramps up with age. Melanin is the pigment that is responsible for skin, hair, and eye colors.

Similarly to the Weimaraner, the Dachshund breed originally hails from Germany. According to Prestige Animal Hospital, these adorable dogs are “protective and territorial, but they thrive on close human companionship.” Many owners find that these amber-eyed pets don’t like to be left alone for too long.

Those looking for an amber-eyed pet can also seek out a beautiful Husky. If you generally picture Huskies with piercing light blue eyes, you are mostly correct. According to Husky Owner, only approximately 40% of the breed has brown eyes, with shades ranging from bright amber to deep chocolate brown. From the pictures in this article, this trend looks to apply to the Poodle Husky Mix as well, whose eyes range between an icy blue and various shades of brown.

While the Rhodesian Ridgeback, Weimaraner, Pit Bull, Dachshund, and Husky are five gorgeous types of dogs that often have amber eyes, there are plenty of other breeds that have shades of gold in their eyes. A quick search for “amber” on the American Kennel Club website yields 100 results to choose from.

If you need some guidance on how to choose between all of these golden-eyed pups, Fi’s Veterinary Expert Dr. Jeff Werber has some excellent advice on how to pick the right dog for you.

Fi builds cutting-edge technology to elevate the relationship between millions of dog parents and their dogs. Find out more at tryfi.com.