Thank you for joining our list!
9 months ago by Fi Team • 4 min read

Why Does My Dog Lick My Other Dog's Face?

Dogs are such social animals, which makes communication so vital to them. They’ll use several ways to express their emotions to you and their canine friends, whether it’s raising their hackles, barking, or putting their tail between their legs. There’s not a lot of guesswork when it comes to knowing what a pup is thinking. If you have more than one dog, you have a front-row seat to see how they act together.

In many ways, having two or more pets is like having toddlers in the home. They’ll sleep together one moment and chase each other around the yard the next. Dogs are also expressive in physical ways, which may have you asking, why does my dog lick my other dog's face? The answer requires a deep dive into canine behavior and the evolutionary past of your best friend.

Licking is an instinctive behavior for a canine right from birth. Touching is the first sense dogs use to understand their world. They can’t see, nor can they hear. Both their eyes and ears are closed. The only thing puppies know is their mother licking them. They will use this sense, too, to communicate with their mother, whether it’s to nurse or feed on the prey that she has killed.

Puppies will start to see and hear during the first two to three weeks of their young lives. Even so, dogs use their mouths to chew things, bite their littermates, and pick up whatever they can find. The fact remains that they learn licking from their mothers and will add it to their repertoire of communication skills.

Canines will lick for three reasons. They use it to show affection for their pack mates and owners. You can think of it as their form of kissing. You may find that your pup is quite loving when you first come home after being away from the house for a while. Your pet may do the same thing with his roommate. The licking is both a greeting and a reinforcement of your bond.

Canines also use licking to express submission, whether it’s with their mother, other dogs, or you. It’s a gesture of respect in their world that is often accompanied by exposing their bellies to signal trust, too. Puppies often go right for the face. That’s how they communicate to their mother that they want to be fed. Sometimes, it’s a behavior that they’ll take into adulthood.

Dogs also lick for health reasons, whether it’s to groom themselves or tend to a wound. It can also signal medical issues, such as a skin infection or an injury, especially if accompanied by redness or swelling. Canines often show similar symptoms with food allergies. In many cases, the licking is obsessive, particularly on the paws.

Domesticated dogs share a common ancestor with modern-day wolves, which can also help explain this licking behavior. Canines often hunt cooperatively, which can increase their hunting success. Their survival instinct tells them that they need each other. Licking the faces of other pack members helps to reinforce the bonds that hold the group together.

This behavior has a long evolutionary history that goes back thousands of years. Mutual grooming is something you’ll see in a lot of animals, from primates to birds to dogs. For the most part, it’s a welcoming gesture for both the giver and the recipient. It may release endorphins and provide a relaxing experience. However, sometimes, that’s not always the case.

Occasionally, a dog will cross the line and start licking the face of another pet. The receiver may tolerate it for a bit. Then, his ears will go back, and it’s clear to see that the giver has worn out his welcome. Often, the pups can work out their differences on their own. They may growl and part ways. Squabbles among pets living in the same home are common.

However, if it escalates, it’s time to intervene. Sometimes, just a distraction is enough to put an end to it. Tossing a toy in the pair’s direction or calling out to them will stop the licking. Remember that it’s instinctive behavior on the giver’s part, no matter how it’s received. Scolding is not the best approach to curtail it. Several reasons can explain excessive licking.

We mentioned mutual grooming. Dogs may lick the ears of another pet and may like it since they can’t tend to that part of their bodies. The same thing may apply to the top of the other animal’s head. The problem of too much of a good thing is that it may set the stage for an ear infection in the recipient.

It may surprise you to learn that excessive licking may also signal a problem with the recipient. Dogs get to know one another quite well when living under the same roof. If one animal has an injury or medical condition, the other one may try to help by licking the dog. Remember that it’s how a pup will treat an injury on himself. As odd as it may seem, it may be worthwhile to get the recipient checked.

Finally, excessive licking can also be a sign of a behavioral problem. Occasional licking is normal canine behavior. If it becomes an obsession, it is not. You should consult your vet to find out what’s behind this unwanted behavior.

Licking behavior is an instinctive behavior that dogs learn from birth. It reinforces the bond between the mother and her young. It’s something a pup will do all its life to show affection and submission. Not having hands, it’s also a way for canines to take care of themselves and their wounds. When a dog licks the face of another, he’s likely doing it for the same reasons, with the hope of reciprocity.

While it’s normal behavior, particularly if it’s welcomed, excessive licking can signal medical or behavioral problems for either the giver or the recipient that warrant a visit to the vet. 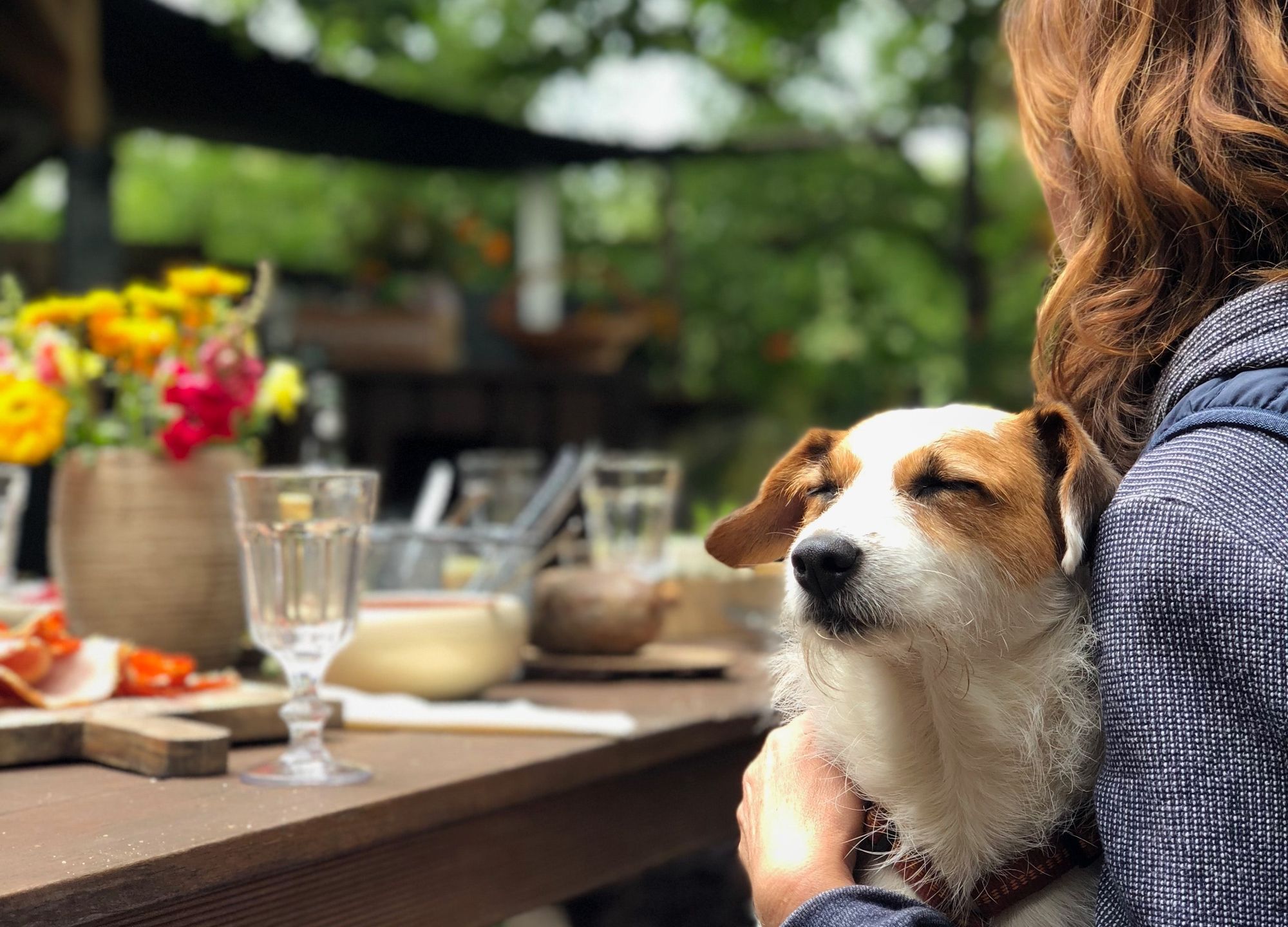 Dog-Friendly Things to Do in Austin, TX 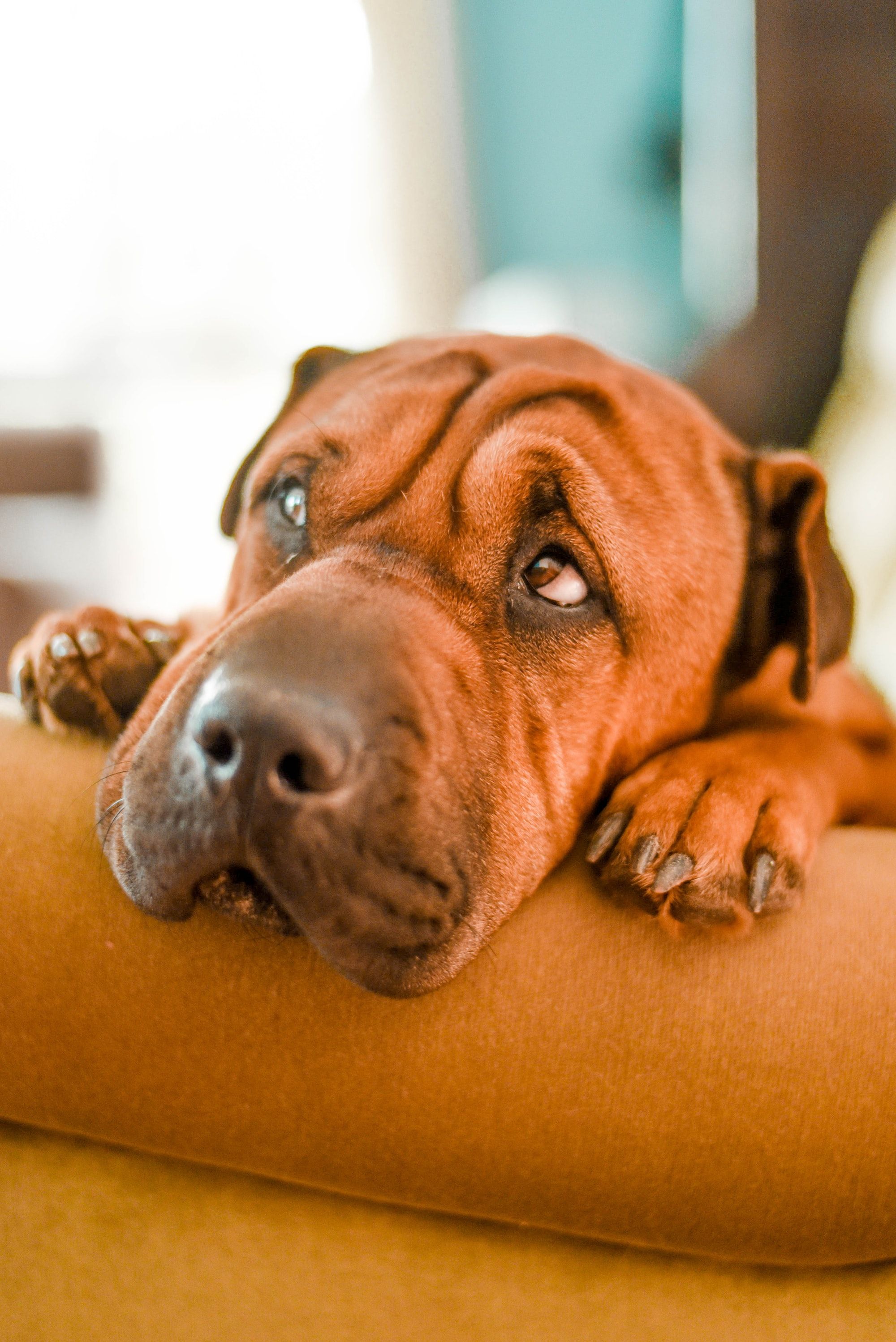