Amanda Brahlek
4 years ago • 5 min read
Rescue Is Our Favorite Breed
The link has been copied!

Every good dog deserves a good home. The Black Dogs Project is helping make this dream a reality for all dogs, including those that often get overlooked in shelters. Fred Levy, the creator of this extraordinary project, highlights the beauty of black dogs through his photographic series to bring awareness to Black Dog Syndrome and encourage conversation surrounding the topic.

This magical series features some of the most photogenic dogs you’ll lay your eyes on.

Have you ever heard of Black Dog Syndrome? If you have, you know that many shelters report that dog adopters often pass over large, black dogs in their search for the perfect pup. Instead, they often go home with light-colored dogs and puppies. While nobody knows exactly why this is the case, many theories suggest when black dogs appear in films, they are often portrayed as aggressive or scary. Others connect the color black to bad luck, like the idea of black cats, and think adopters subconsciously try to avoid negative omens.

Additionally, shelters also play their part in the black-dog plight. Shelters tend to feature non-black dogs on their websites since these dogs are easier to photograph. And the poor lighting of animal shelters doesn’t do these dogs any favors. The dim shelter lighting makes it difficult for adopters to see these black beauties’ gorgeous faces. When pacing the aisles of local shelters, appearance is the first and only impression folks get of some dogs because many shy dogs stay further back from the door where visitors can look to see them.

Regardless of the reason, studies find that black dogs stay in the shelter longer before being adopted, and are more often chosen first as candidates for euthanasia when not adopted in a timely manner.

What is the Black Dogs Project?

Fred Levy, a talented and well-known photographer, fell in love with photographing his dog, Toby. This love spread to snapping shots of frisky pups at dog parks nearby his home. The results where breathtaking. These candid canine shots shined a light on the essence of our four-legged best friends. Levy found he had a knack for capturing the beauty and humanity of our best friends.

One day, when chatting with a woman as Fred was hanging out at the dog park, he learned about Black Dog Syndrome. Like most of us, he was shocked and saddened. So, he made it his mission to begin the conversation regarding this problem. No longer could people ignore the issue of why black dogs have a tougher time getting adopted.

He began the series in 2014 when he reached out to his Facebook friends and asked to photograph their black dogs. The response was an overwhelming “yes.” And the series grew and grew. Soon after, he connected with some shelters to include some of their adorable, lovable, and available dogs.

The series features black dogs on black backgrounds with lighting that illuminates their beautiful faces and statures. In these photos, their eyes shine and their coats glow. Some of these model pups stare longingly into the camera while others look off into the distance. It’s no surprise that these photographs and Levy’s mission went viral once posted to Tumblr. Tumblr even deemed Levy’s project as one of its most viral blogs of the year. With all the attention his work was getting, he knew it’d be hard for people to continue to ignore the problem or perpetuate negative feelings toward these beloved black pooches.

Levy’s astonishing project worked like a charm. People loved his photos and learned about Black Dog Syndrome. As his popularity grew, he extended his success to create a book and calendars that feature black dogs. He donates some of the proceeds to his local shelter.

It’s 5 Years Since the Black Dogs Project Began, Now What?

Fred Levy continues to receive requests from shelters to photograph their needy dogs to help them find homes. His latest work includes some of the most lovable three-legged pups and dogs that are getting a little gray around the muzzle. And it’s working.

Some of the dogs featured in Levy’s work garner their own special attention and help to bring awareness to their own stories of abuse and trauma. One of which is Naina, an Alpenhutenhund, who escaped a high-kill shelter and parvovirus, which killed 6 of her littermates. With just one look into Naina’s rich brown eyes, you can see she’s a dog with many memories. Levy captures the soul of this pup that was once abused but found solace in the arms of a loving dog parent.

What Can You Do?

If you have a lovable bundle of fur already or if you are looking for your new best friend, there are ways you can help black dogs across the country live happier lives. Of course, you can check out Fred Levy’s Calendars and book to have a conversation starter in your home, but here are just a few of the ways you can make a difference:

·       If you’re looking to adopt your next pup, enter the shelter with an open mind. You now know that black dogs are frequently ignored. Make it a point to meet a few or ask shelter attendants if they have a dark and delightful dog you can meet.

·       Part of Black Dog Syndrome includes the fact that this problem mostly affects larger, full-grown dogs. When searching for a new furry family member, consider a full-grown dog. They are often already potty trained and have outgrown chewing on furniture or nipping on toes.

·       If you already have a dog, that’s okay, you can still make a difference! Volunteer at your local rescue or shelter. With more help and energy, fewer dogs may meet the dreaded euthanasia.

·       You can foster a black dog, too. If you don’t have the room or budget to a permanent addition to your fur family, consider fostering one while space opens in the shelter, help train a dog in need of socialization and house-breaking, or give the dog more time to find the perfect forever home.

·       As a foster pup parent, bring your dog with you to dog-friendly restaurants or events. Without fail, people will ask to pet your dog, and you let them know she’s available if they know anyone in need of a sweet dog. People also like to be able to speak to foster pet parents about the dog’s temperament which is the most important thing when it comes to matching a dog with her perfect family

·       If you’re unable to foster a pup, you can always volunteer to help show off black dogs and other needy pooches at local adoption events. Usually, the more volunteers an event has, the more dogs they can show, and the more dogs that can be adopted!

This project was designed to shine light on some of the most vulnerable members of our families: our dogs. In addition to considering adopting a black dog, do what you can to keep the population at the shelter down: spay or neuter your dog, keep track of its whereabouts with a microchip and a smart collar like Fi, and opt to adopt when you can.

Do you have a black dog? Celebrate how beautiful your dog is by taking plenty of photographs to share with your friends. Show off how snuggly, sweet, fun, and amazing your black dog is! Let’s work together to change the perception of black dogs. 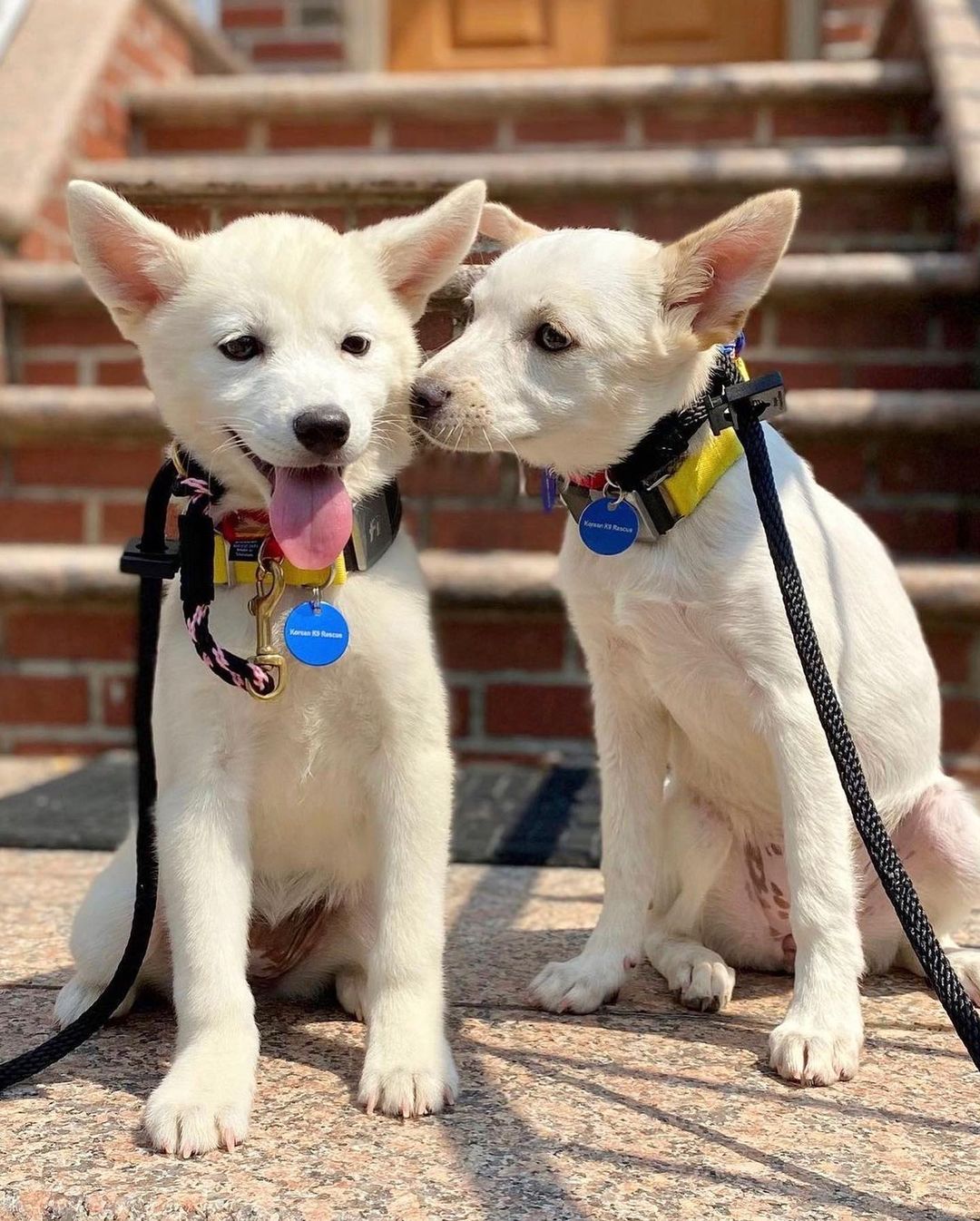 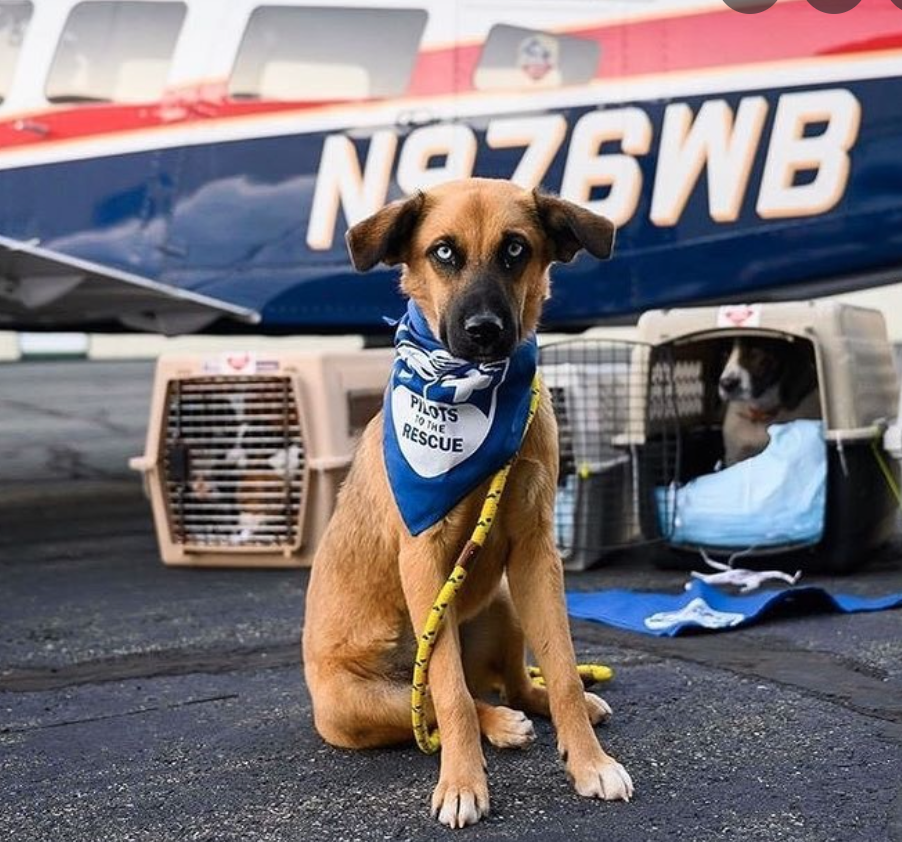 Fi Rescues: Pilots To The Rescue